Solder directly to your device, eliminate the connector signal loss.

Note: These antenna pigtail cables have no antenna port connector on the end. They are prepared for you to solder onto your router, hotspot, modem, or other project PCB directly.

Reference the below image for many of the different connector types available on antenna pigtail cables: 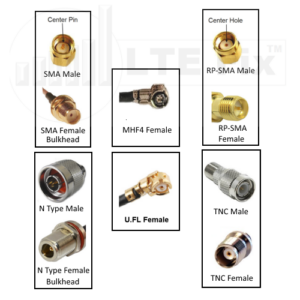